Yesterday my thermometer told me it was 72 degrees on my deck.  It was a beautiful day and Louie and I took advantage of the mild day to take a long walk through the neighborhood. There were about a half a dozen kids who came running toward Louie wanting to pet him and he just reveled in the attention. Louie is good with most everyone, but he seems to particularly enjoy children, which is great. Even at 7:30 this morning it was still about 52 degrees on my deck. Now a scant 12 hours later, it is a miserable 26 degrees with ice pellets and a thin layer of ice everywhere. 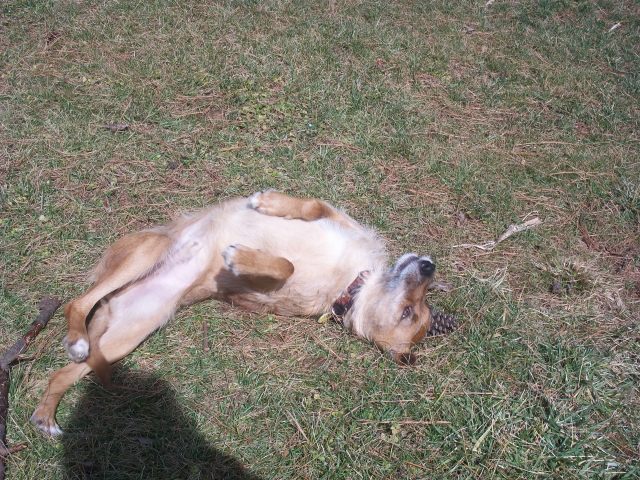 I took Louie to get a bath on Friday and for the first time he willingly jumped in the car when it was time to go home. I had to pick him up and put him on the back seat when we went to Hidden Valley Friday morning. I could tell he had gained weight but I was pretty surprised to learn he had gained about 7 lbs. in 9 weeks! He now weighs just under 40 lbs. which is probably the ideal weight for him.

Louie and I were snuggled up on the couch Saturday morning and even though he was clean, I noticed he still has his own distinctive doggie smell. Louie gets an oatmeal bath and no perfume when he visits the groomer, so his natural scent wafts off of him, especially when he’s all curled up and warm. He smells like a tub of slightly stale popcorn. It’s not at all unpleasant, and Louie is a hound mix and hounds tend to have more of a natural odor than other breeds. It is important to recognize the different smells that come off your dog. Unpleasant smells may indicate an ear infection or a dental problem. Louie yawns right in my face and several times a week I deliberately take a whiff just to make sure everything smells normal. So far, so good! 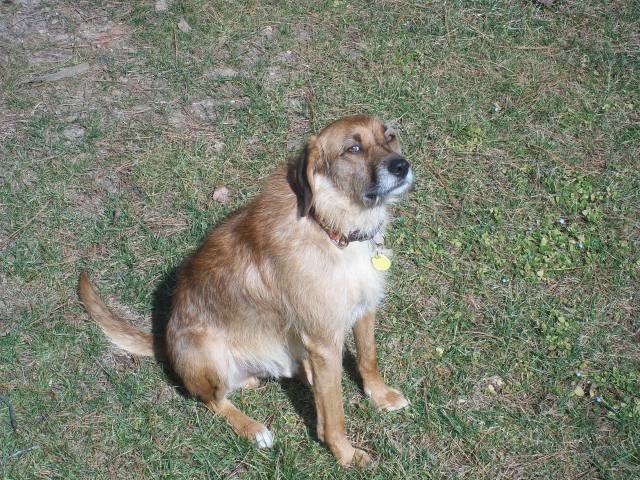 Spring is what, 16 days away? I can hardly wait. After I dropped off Louie Friday morning, I stopped at the store and picked up a bouquet of hyacinth because it smelled so good. I added some tulips for good measure and it’s nice to have the smell of spring in my house as I look at the ice skating rink my deck has become. Typical of our weather, it’s going to be sunny and in the 50s this weekend. In the meantime, stay warm and take a whiff around your dog’s ears just to be sure everything smells alright.

“All his life he tried to be a good person. Many times, however, he failed.
For after all, he was only human. He wasn’t a dog.” ~ Charles M. Schultz

I lived with a golden retriever/German shepherd mix named Dudley. Dudley was a rescue from Hurricane Floyd and he lived with me from October 1999 until he passed away in December 2012. In January 2001, Zoe a black & tan hound mix came to live with us until she died in June 2011. I truly believe having dogs has made me a better person. Every single day these dogs still give me something to laugh about and I hope by sharing these stories you can laugh, too.
View all posts by Shoeful of Drool →
This entry was posted in Uncategorized and tagged canine, dogs, Hidden Valley Animal Hospital. Bookmark the permalink.